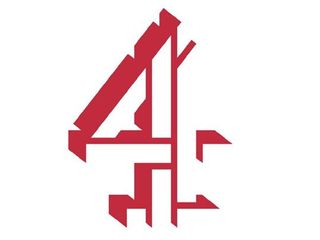 Channel 4 today submitted its application to Ofcom to launch the first on-demand digital radio service in the UK. If the bid is successful, ten new digital radio stations - including three Channel 4-branded stations - E4 Radio, Channel 4 Radio, and Pure4 - will be launched, as well as on-demand podcast services from the likes of NME , the Financial Times , Gaydar , and Penguin Books .

At a London press briefing this afternoon, Nathalie Schwarz, chair of the 4 Digital Group, said she aimed for the channels to lessen the BBC's grip on the digital radio market to "less than 50 per cent".

"The whole radio industry will benefit from public service companies taking on the BBC's dominance in the radio market," Schwarz said. Channel4 has been trialling radio services since the launch of Channel4radio.com last June. Schwarz says that audience feedback has been positive.

The broadcaster is looking to target listeners on the move as it has teamed up with technology and retail partners including mobile phone retailer Carphone Warehouse and ITIS Holdings , which makes digital radio systems for vehicles. It has also teamed up with iRiver to create a range of "innovative" new devices.

Asked about what she thought the future of radio was, Schwarz said that as the digital switchover comes closer a "whole new world of digital radio stations" will emerge. "Radio can be the most powerful medium in the digital technology revolution," she said.

Channel 4 has been trying to widen its presence to non-TV platforms for the past few years. Apart from the on-demand 4OD service it launched last year, Channel 4 has also beefed up content on its website and launched mobile services in the shape of Channel4 Mobile . Andy Duncan, CEO of Channel 4, said at the briefing that the company looked to launch more digital channels in the future.

Channel 4 will spend £4.5 million developing the infrastructure and technology, and marketing the channels over the first three years of the 12-year licence period. Ofcom will consider the application this summer.