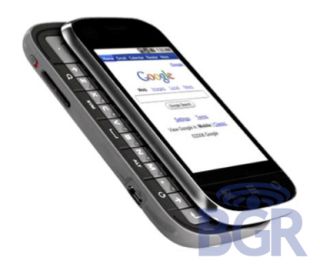 T-Mobile looks likely to be bringing a completely redesigned G1 to the market after new pictures leak out of the version two handset.

We brought you news of the phone, codenamed Bigfoot, last week, but that was just a speck on a detailed roadmap, and now thanks to Boy Genius Report, we've got a much better close up.

While the G1 has sold well the world over, it still has come in for criticism over its blocky looks. However, many have become enamoured with having a QWERTY keyboard, and v2 looks set to bring the best of both worlds.

No jack is wack

There doesn't seem to be a 3.5mm headphone jack on the device, just the normal connection port, which is a big disappointment and one you would have hoped T-Mobile / HTC (who we assume is manufacturing a second-gen version of its own phone) would have rectified.

The handset is obviously still not confirmed by T-Mobile, and it's not certain that this image is the real deal.

For instance, the new design moves some of the buttons onto the slide out QWERTY, meaning that you can only operate it when the keyboard is extended, with touch sensitive keys on the front, which would be a bizarre design move for some people.

Still, BGR has shown that it will be coming to the US in Q4 this year, so it looks like we in the UK might even get it earlier (should we be allowed to have such a device, of course).