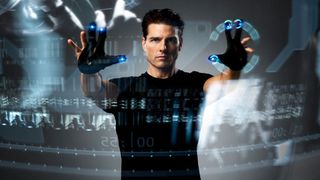 Phillip K Dick predicted it, Steven Spielberg committed it to film and FOX is about to bring it to TV - but it looks like Precrime is already becoming a reality.

We've been reading through a new report released by EPJ Data Science called "a survey of results on mobile phone datasets analysis" which looks at what 15 years of mobile data has taught us. Some of it is really interesting.

For example, a study published by Bogomolov et al has used mobile phone traces to try and predict whether a certain area would become a crime hotspot within the next month. The study used the estimated number of people in each area, the age, gender as well as work, home and visitor group splits. All of the information was directly gained from mobile phone data.

That information was then pushed through the system and it found they could predict whether a certain area would be the scene of a crime in the next month with an accuracy of 70%.

It may not sound particularly accurate, but the information could be used to better direct police attention and give a better response time to particular crimes.

In a separate study Bogomolov et al set out to find out if mobile phones could predict a person's daily stress levels from non-invasive sensors, as well as mobile data.

Only using one lot of data provided a poor result but if the data was combined with personality traits and knowledge of the weather conditions they found a 72% accuracy in predicted whether people were stressed.

It predicted stress on a 32-dimension scale that worked out how stressed a person was. They also found that Bluetooth proximity features gave the best results – sadly the devices used weren't disclosed.

Another separate study cited in the report reveals one of the reasons why a lot of your friends all own an iPhone. It reads: "A user will adopt a product if several of its neighbors have already adopted it and the information comes from several different sources."

The researchers found that if a user knew people with one type of phone it was more likely they'd have the same phone – the same with apps actually on the mobile phone as well.

All of these studies are reasonably small right now but it just proves where mobile phones have gotten us in the past few years as well as where it's soon set to go. Just remember: everybody runs.