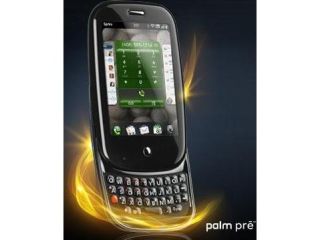 Is the Pre set to finally launch next month?

Updated: read our review of the Palm Pre.

The Palm Pre could finally have its launch date in the UK after a US release was leaked.

An anonymous source sent a document containing details of a whole raft of meetings, finishing with a Friday 'Launch Lunch' to Boy Genius Report.

The leak says that from 3-5 June, high level officials will be involved in briefings of the new device, which would then launch on Sprint in the US.

And Europe has long been tipped to pick up the phone either in the first half of the year (according to CEO Ed Colligan) or within two months of the US version appearing (so says possibly the most connected blogger in the industry, Eldar Murtazin and backed up by Unwired View), so to say early August is not that much of a stretch.

While this doesn't bring us the crucial confirmation of a UK launch, it still means that the release machine is FINALLY in motion, and it will be a matter of sooner rather than later for us patient Brits.

Rumour has it that Best Buy will pick up the device on the following Monday, which would fit nicely into Palm's timescale.

Also, Palm is running out of time to fulfil its promise of bringing the Pre to the US in the first half of this year, so the start of June would again fit in.

But while the memo looks very official, there's still a spelling mistake under the 'Employee Benfits' section, which you obviously wouldn't expect to creep through.

BGR states that Sprint usually launches handsets on a Sunday, but with a phone that's causing this much of a stir, it wouldn't be a surprise to see it happening sooner.