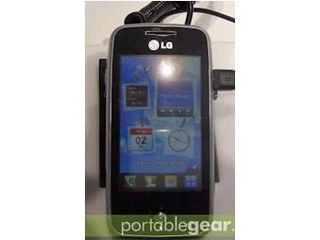 LG has decided that Nokia has the right idea and has launched a few new handsets at CeBIT this year.

The new phones are part of the Korean firms more basic range, designed to capitalise on emerging markets and pay as you go customers.

The headlining phone is the Cookie Fresh, which is a WQVGA screen ( likely 3-inch and resistive looking at the pictures) and a 2MP camera with 3.5mm headphone slot.

It doesn't have a 3G chip inside, but we'd imagine this will help keep the cost down to under £100 like the wildly successful original LG Cookie.

The Cookie Fresh looks likely for a spring launch, although no confirmation on a UK release date.

The LG GM360 Bali is also going to be making its debut in the near future, although it's only pegged for a Germany launch at the moment (that's what happens when it launches at a German trade show).

It, like the Cookie Fresh, uses the S-Class interface, but offers a 5MP camera and a similar size and resolution screen.

We wonder if it will land here in the UK, given the similar specs, but it's good news for cheaper phone lovers that LG is having its head turned by all the smartphones on the market at the moment.