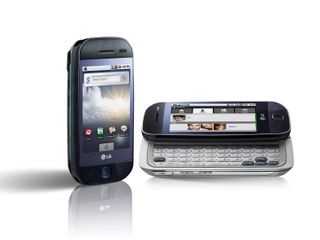 LG has put together a mini site for the forthcoming GW620 mobile - its first Android mobile offering.

Bringing a full QWERTY keyboard and access to all manner of social networking integration, it's clearly aimed right at the Motorola Dext.

Also codenamed the Etna, LG has taken its time to compete with the likes of HTC, Samsung and Motorola in releasing an Android device.

The GW620 has a three inch touchscreen, 5MP camera and a 3.5mm headphone jack for media listenings.

It's set to launch at some point this year, but it seems that date will be sooner rather than later if this new site is anything to go by.

LG has taken the unsurprising step of creating a load of crazy CGI characters to show off the phone's capabilities (we enjoy the QWERTY monster) and has published a video of all of them having fun in the magical Android world.

UPDATE: LG has clearly jumped the gun on this one, as it's pulled the site already. But thankfully the video is still working, so you can still see the Social Butterfly in action.