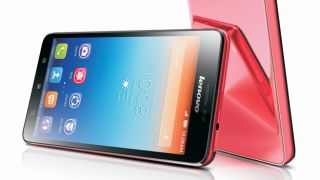 Just because Lenovo recently acquired Motorola, doesn't mean it plans to stop pushing its in-house smartphones, something evidenced by the launch of three new handsets at MWC 2014.

The company has unveiled the S860, the S850 and S660 Android handsets, promising a little bit of something for all sectors of the market.

The S860 is the flagship device, with a 5.3-inch, as-yet-unspecified 'HD' screen, 2GB RAM and a MediaTek quad-core processor, but the real kicker is the promise of all true all day battery life.

The company doesn't mention the size of the cell in its news release, but claims it can hang for 24 hours of talk time, making it ideal for business users. Users will even be able to use the phone to charge other devices using the microUSB cable.

Second in line is the 5-inch S850 handset (main article photo). Its claim to fame is a unique all-glass design that could snare smartphone fashionistas.

The S850 also packs a 13-megapixel camera, a 5-megapixel front-facing snapper, and also has a MTK quad-core chip doing the donkey work.

Last, but not least, comes the S660, which the company is pitching as an "all rounder" for "value seekers." It has a brushed metal design and also has a quad core processor on board.

Lenovo, in its media release, hasn't divulged everything we'd like to know about these phones. The spec sheets have a lot of gaps that need to be filled, such as Android versions and screen resolutions, but TechRadar has a strong presence in Barcelona this week, so we'll aim to get to the bottom of it.