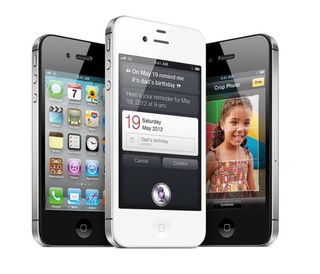 Something for the future perhaps?

The iPhone would be the only financially viable handset for sim-only mobile network GiffGaff if it was to offer phones along with its goodybag tariffs.

Budget-focussed companies such as GiffGaff have not found it possible to offer handsets with tariffs at such low prices thus far, standing the SIM-only providers apart from their high-street counterparts.

Speaking to TechRadar, GiffGaff's CEO Mike Fairman said: "the reason GiffGaff don't do handsets is that they are expensive.

"Bizarrely the one handset we could sell and not lose money on is an iPhone."

Yes, that's right: the high-end Apple iPhone would be the only financially viable option for GiffGaff, thanks to the high demand for the handset that would offset the cost of stocking.

Although GiffGaff is content with the market it is currently chasing Fairman clearly states the "never say never" attitude when it comes to the potential of selling handsets in the future.

O2 owned GiffGaff (which is Scottish for 'mutual giving') is going from strength to strength after its launch in June 2010 and witnessed customer numbers increase seven-fold in 2011.

Its recent add-on of BlackBerry support has seen it gain more users and it will be rolling out official microSIM support in the near future.

Are you on GiffGaff? Let us know your thoughts on the network and if you want to see it offer handsets as well as sim deals.