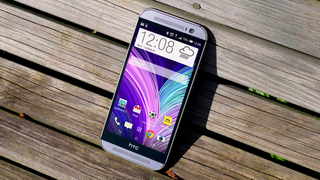 HTC is committed to updating its One devices

Google unveiled the next major Android update, Android L, during its Google IO keynote, and it wasn't long before HTC joined the hype train with a statement.

The Taiwanese hardware maker vowed to upgrade the HTC One and HTC One M8 to Android L within 90 days of it receiving the final software from Google.

The rest of HTC's One devices and other "select devices" will be upgraded "shortly thereafter," the company said.

"HTC is excited about the new features in the Android L release and we can't wait to share them with our customers," the statement read. "We are committed to updating our flagship HTC One family as fast as possible as part of our HTC Advantage program."

That time frame should sound really good to HTC users, but don't expect to see Android L on HTC flagships before the fall.

Android L is a major Android overhaul that includes everything from UI tweaks to a new notifications system.

As HTC noted, developers will have access to Android L on the Nexus 5 and Nexus 7, but the timing for the final release of Android L into the wild is more up in the air.