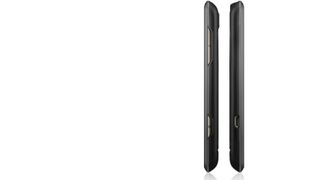 Is the X Phone a buttress against Samsung success?

There's reportedly a disturbance in the Android force, one that's got Google shaking in its Chrome-toed boots.

Samsung is said to be the cause of Mountain View's angst as the Galaxy maker continues to overshadow the rest of Android market.

The news comes from the Wall Street Journal, which cited a 2012 meeting in which Andy Rubin, head of Android, extolled Samsung's success on the platform but warned that Google could find itself in an undesirable position if Samsung got a little too far ahead of its competitors.

Samsung accounted for 39.6 per cent of the global smartphone market last year, with most of those devices running some version of Android. Other Android makers - HTC, to name one - are struggling to stay afloat against the South Korean manufacturer and Apple.

According to the Journal, the fear is that as the top dog, Samsung may see space to demand more of Google than it would as a junior player.

Even more worrisome is the possibility that, like Amazon, Samsung could develop a homemade OS that borrows heavily from Google's system, creating a direct and likely gutsy competitor.

However, Google has a plan in place to slow Samsung, one that centers around Motorola Mobility. Rubin went so far as to call the purchase a hedge against Samsung's growing power.

Products made by Motorola under Google don't yet hold a candle to Samsung, yet there is hope, especially if future additions to the Nexus line and rumored X Phone give Google an edge on hardware.

How much longer these two are able to play nice should make for good rubbernecking, too.