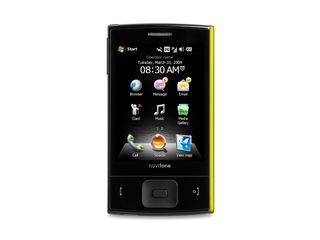 The Nuvifone - the most fabled of mobiles

Garmin-Asus - that joint venture responsible for the delayed Nuvifone series of phones - will likely be announcing an Android version to add to its range.

It seems this unveiling will happen at Mobile World Congress next month, although we don't have a huge amount of information on what will be landing as yet.

The Garmin-Asus alliance announced that it was looking to release an Android phone in Q1 2010, and it would make sense seeing as it's the platform all the manufacturers are looking to get on board with these days.

The announcement came from Benson Lin, president of Asus' handset device business unit, who also confirmed that the joint venture will be debut its M10 Nuvifone at the event, based on the latest touch-friendly version of Windows Mobile.

The new phone will have a large 3.5-inch high resolution (albeit resistive) screen, with a 600MHz processor powering things along. Lin also said there would be a 5MP camera and a GPS chip - but we'd be worried if the latter wasn't there with Garmin on board.

We'll keep our eyes peeled for the new product at MWC - but we're not too hopeful of a UK launch, seeing as every phone the company has promised has been delayed thus far.

From Digitimes via Unwired View