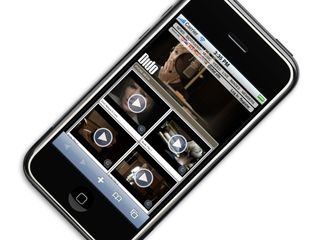 Dido's official website has been optimised for the iPhone, as the popular singer releases her latest album of bland, 'Safe Trip Home'.

Apparently she's sold more than 22 million albums, which perhaps explains why Sony want to mix the ubiquity of Dido with the wildly popular iPhone.

So whereas video content was formerly only available in iPhone unfriendly Flash – you can now watch all of her hits in Quicktime.

"Didomusic.com is one of a number of global artist websites developed by Sony BMG this year, which use IP detection to filter content automatically according to the user's location around the world - the iPhone version mirrors this function," says the press release.

We've yet to confirm if the optimisation for the small screen also involves shortening her full name from Dido Florian Cloud de Bounevialle O'Malley Armstrong.

Still – at least you can now casually place your iPhone on the coffee table instead of her album cover.

You can view the site on mobile or otherwise at http://www.didomusic.com/