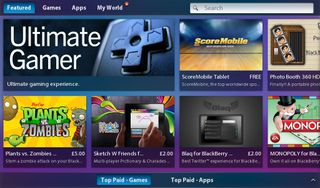 Nothing to see here, says RIM

RIM has moved to refute a new survey which claims developers are already losing interest in the BlackBerry 10 platform.

A survey from Baird found that developer interest in the operating system had recently sunk 17 per cent in recent months, to just 3.8 points out of 10.

RIM's VP of Developer Relations Alec Saunders says he was 'shocked' by the report and is adamant that BB10 is not "bleeding developers."

"I was pretty shocked by the findings," Saunders wrote on the BlackBerry DevBlog.

"I was shocked because the numbers in the report do not gel with what we're seeing in the real world. The report contradicts much of what we are seeing and hearing in our developer community."

Contrary to the study, Saunders points out that App World vendors are up 157 per cent since January.

"I have been receiving a lot of feedback from developers personally and I can tell you that I am hearing again and again that developers are amazed by how easy it is to work with the BlackBerry 10 tools.

"They appreciate the open nature of our platform, which allows developers to bring their work and their skills and find a toolset that will work for them."

Another day, another fire to put out and BlackBerry 10 is still at least five months away.