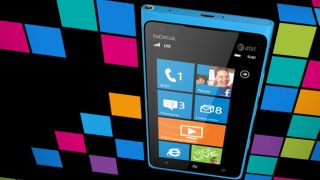 Nokia once sat on top of the phone maker heap, but those days are long gone. Though the company still ships oodles of handsets, there's a cautionary tale to be found in its story arc.

Or that's the thinking of Apple CEO Tim Cook, who in an interview with Bloomberg Businessweek, offered a pointed remark about its Finnish competitor.

"I think [Nokia] is a reminder to everyone in the business that you have to keep innovating and that to not innovate is to die," Cook said.

Many would argue that Apple has lost its innovative edge. For example, while the iPhone 5S' Touch ID fingerprint reader shows a glimmer of technological inspiration, the days of Apple truly wowing us are, like Nokia's dominance, a fading memory.

On the flip side, Apple has prided and marketed itself as a company that may not be the first to do something but pulls it off the best.

When asked about Apple's stock drop post iPhone 5S/iPhone 5C revealing, Cook said that while he's not happy about it (hear, that investors?), he aims to look at the bigger picture, one not defined by market fluctuations.

"You have to bring yourself back to, 'Are you doing the right things?' And so that's what I focus on, instead of letting somebody else or a thing like the market define how I should feel."

Did Apple do the "right" thing with the iPhone 5S, iPhone 5C and iOS 7, which launched Sept. 18? When the new iPhones go on sale tomorrow, we should have a much clearer idea.