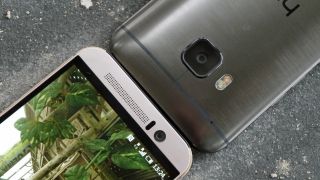 According to a new report HTC is planning to include a new "ground-breaking" camera in its flagship device, known for now as the HTC Aero.

Although HTC has made big promises in the past with its cameras – such as including Ultrapixel technology in a bid to improve low light shooting – it's new rear camera will apparently come with an f/1.9 aperture that could improve photos in low light conditions further.

The report, from Vietnamese website HTCViet, also claims that photographs on the new HTC phone can be stored as RAW files, which is great news for budding smartphone photographers who want uncompressed images, though let's hope the HTC Aero comes with enough storage space to hold them.

Smile for the camera

HTC's previous claims about its camera technology has often been followed up by rather disappointing results, with the HTC One M8 being stuck with a 4 megapixel Ultrapixel camera that was outclassed by many of its competitors.

The more recent HTC One M9's camera did get a megapixel boost to 20MP, but it has been dogged with problems such as poor colour accuracy, though HTC has worked on software tweaks to help improve the snapper.

We have heard HTC's promises of a better camera before, but let's hope with the HTC Aero, or whatever it will be called when it is released, will have a snapper that can finally live up to HTC's claims.