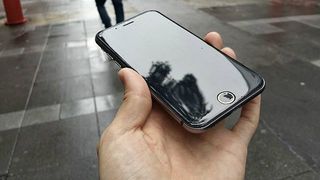 If there's one thing we're not short of when it comes to the iPhone 6 it's rumours. The good news is that many of them are starting to point in the same direction, so certain details are looking ever more like facts.

A new batch of rumours has reiterated much of what we'd already heard, with sources 'familiar with the plans' telling Bloomberg that the new iPhones will go into production next month, ready for a release around September.

The sources claimed that there'll be both a 4.7-inch and a 5.5-inch model and that both may be available at the same time.

However the 5.5-inch model is apparently more complicated than the smaller handset, which is resulting in lower production efficiency, a problem which must be overcome before they can increase the manufacturing volume. Reading between the lines then it sounds like it's possible that the 5.5-inch iPhone will be delayed.

Finally, the sources claimed that the new models will be both rounder and thinner than the iPhone 5S.

All of which more or less line up with what we've already heard. Various iPhone 6 dummy units have been spotted with rounded edges, while the 4.7-inch handset has been rumoured to come in at just 7mm thick.

We've also long been expecting them to arrive in 4.7 and 5.5 inch sizes and for the release date to be around September, with the larger handset possibly arriving later.

So while these rumours don't provide any new information they do add weight to what we've already heard, which is the closest we're likely to get to any sort of concrete facts about the iPhone 6 before its launch later this year.