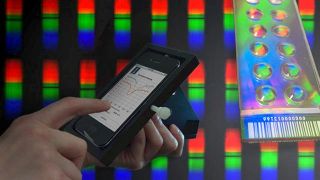 Today's smartphones are blank canvases: manufacturers provide the hardware, and we turn them into magical machines with apps that transform them into musical instruments or games consoles, business machines or cat video players.

But it turns out we're only scratching the surface. Who knew that smartphones make pretty good satellites? Here are ten uses for smartphones the makers probably didn't imagine.

Networking expert OpenSignal has discovered something interesting: the sensors in Android phones designed to measure battery temperature, light, pressure and so on can be used to generate surprisingly accurate weather reports.

Get enough phones involved and you've got a weather sensing network. Today the data just reports, but prediction is the logical next step.

There are medical applications too: "Imagine your doctor could instantly access data on which countries you've been in, the extremes of pressure and temperature you'd experienced, the amount of exercise you are getting, even the humidity where you live," OpenSignal says.

In February, a Google Nexus One went into orbit - not in an astronaut's pocket, but as the brains of the STRaND-1 satellite.

A joint project between the University of Surrey's Space Centre and Surrey Satellite Technology Limited, the smartphone-powered "nanosatellite" will run experimental apps to collect data from space.

Detecting chainsaws may sound like a novelty app, but it's a serious business: in Indonesia, the non-profit organisation Rainforest Connection wants to use donated Android phones to detect illegal logging.

As New Scientist reports: "The phones are outfitted with solar panels specifically designed to take advantage of the brief periods when light reaches the forest floor. Their microphones stay on at all times, and software listens for the telltale growl of a chainsaw, which triggers an alert."

Researchers at the University of Illinois have developed an iPhone cradle and app that turns the device into a fully featured mobile medical lab that uses the phone's camera to detect toxins, proteins, bacteria, viruses and other organisms.

As RedOrbit reports: "The cradle contains a series of smaller versions of the optical components found in much larger and more expensive lab devices... although the cradle only holds $200 worth of optical components, it is just as accurate as $50,000 models in the lab".

Google's self-driving cars carry around $30,000 of high-tech hardware and sensors - but students at Australia's Griffith University reckon they can get the job done with a single smartphone.

Rather than LIDAR sensors and stacks of cameras, the students have built a prototype that relies mainly on the phone's camera and built-in GPS.

Never mind anti-virus software: if the US Department of Homeland Security gets its wish, smartphones will soon run anti-chemical warfare software.

The Cell-All project aims to persuade manufacturers to equip smartphones with cheap chemical sensors - "a buck a sensor", the DHS says - that can detect anything from chlorine leaks to sarin gas attacks. The technology is currently moving to the proof-of-principle stage to see if the idea is really practical.

The Korea Advanced Institute of Science and Technology (KAIST) has found a way to turn smartphone screens into digital doctors: the same mechanism that detects your taps and swipes could also detect proteins and DNA molecules, which also carry electric charges.

According to study co-lead Hyun-gyu Park, the screens "are able to recognize DNA molecules with nearly 100 percent accuracy just as large, conventional medical equipment can and we believe equal results are possible for proteins." For now it's a promising development rather than an imminent product, but the potential is enormous.

Fancy something a bit more realistic than shooting games? How about a real gun with an iPhone for sights?

That's what Intelliscope delivers. The $99 device is a heads-up display for hunting rifles, air guns and paintball guns that provides key data including wind speed and direction, compass details and ammunition levels, and it also offers digital zooming and video recording.

The magnetometers built into many Android smartphones have surprisingly beneficial applications: as Medgadget explains, "Imagine having a metal detector handy when you, as an emergency physician, have an unconscious patient come in and you need to know whether he has an implant."

The sensors aren't strong enough for distance work - don't expect to find buried treasure on a beach - but it's an interesting example of useful unintended consequences of smartphone tech.

We know, we know. At last, our prayers have been answered! Ever since Apple unveiled the iPhone in 2007, smartphone users have cried "Yes, that's all very well, but when will we be able to use our phones as miniature train windows for tiny little dolls?"

The answer, friends, is "now". Thank you, Miniature Train Windows for i-Phone! Thank you so much! This may be the weirdest use of a smartphone we've ever seen.