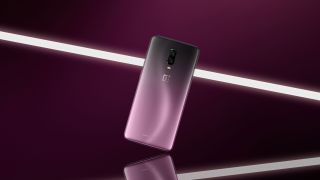 Mobile phone manufacturer OnePlus and automotive maker McLaren have announced a technical partnership, and teased a further announcement for December.

The announcement from the two brands doesn't go into detail about exactly what to expect from the partnership, but it was revealed that "the two brands will unveil the first stage of the collaboration on December 11, 2018 at the 'Salute to Speed' launch event, held at the McLaren Technology Centre in the UK".

The mostly likely outcome is a McLaren-branded OnePlus device – possibly a special-edition OnePlus 6T – as the press release highlights OnePlus' previous collaborations with brands that have led to limited-edition devices.

OnePlus isn't the first phone manufacturer to link up with an automotive firm. BlackBerry, and more recently Huawei, have produced a number of Porsche Design handsets, while Chinese firm Oppo has its own collaboration with Lamborghini.

These special-edition phones tend to bear the auto maker's logo on the body, come pre-loaded with a custom theme that closely follows the design language of the cars on screen, and – more recently – boast additional features such as more storage or in-display fingerprint scanners, not to mention inflated price tags.

This is said to be a long-term technology partnership, which means we could be in for a number of McLaren-branded handsets – all will be revealed on December 11.