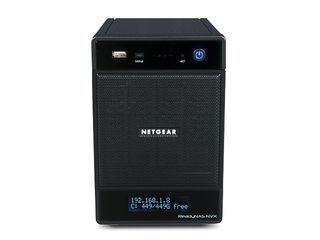 Netgear - quotes will cause storm

The CEO of Netgear has apparently told journalists that Apple will need to abandon its walled garden approach if Steve Jobs 'goes away'.

Steve Jobs has again taken a leave of absence due to ill-health, but Patrick Lo – the Netgear CEO – has courted controversy by apparently stating his belief that the only way Apple will abandon its principles and open up will be if Jobs dies.

"It's critical for Apple to make a decision how to go forward," Lo is quoted as saying by Gizmodo Australia.

"And I think as long as Steve Jobs lives, there's no way they're going to open it up," he continued. "But once Steve Jobs goes away, then Apple probably would have to make a very strategic decision to open up their platform.

"I personally think that if they open up their platform and let more people jump on it, they're going to dominate.

"We've seen this movie played many times. A classic example is in networking: Years ago it was dominated by proprietary networking.

"You've got IBM's SNA, you've got digital's DECNET, and then you've got Europeans pushing for OXI. Guess what?

Interestingly, the Sydney Morning Herald's quote from the same event reads: "Once Steve Jobs goes away, which is probably not far away, then Apple will have to make a strategic decision on whether to open up the platform."

Musing about what will happen in the event of Jobs' death may not seem particularly seemly, especially at round tables, but Lo's statement does at least predict a positive outcome for Apple.

But not so much for Jobs, of course.