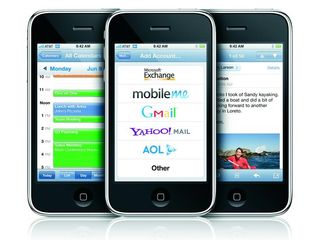 The iPhone... touch me again. And again.

Legal trouble could be brewing between Apple and Palm after the makers of the iPhone finally gained a patent for multi-touch interaction with a mobile.

The company has just been granted, by the US patent office, the patent entitled 'touch screen device, method, and graphical user interface for determining commands by applying heuristics.'

Included in the document is the following description of Apple's multi-touch system:

The news of Apple's patent could mean trouble for the Palm Pre, providing that Apple has suitably managed to patent the 'multi-touch' gestures found on both the iPhone and the Pre.

However, Palm has said that it has: "a long history of innovation, obviously reflected in our own products and our own robust apps portfolio. We have long been recognized for our fundamental patents in the mobile space. If we're faced with legal action, we're confident that we have the tools to defend ourselves."

Back in the mists of time...

The company also says that multi-touch has been around for ages, so clearly it isn't worried about Apple patenting the technique to a degree where nobody else can use it.

Sources have also indicated that Google is preparing the same thing for its Android OS, so it's unlikely that two major brands wouldn't be working on multi-touch if there was a danger of being sued.

Still, it looks like we should settle in for a long and bloody legal battle - one that can only heighten the image of the Palm Pre.