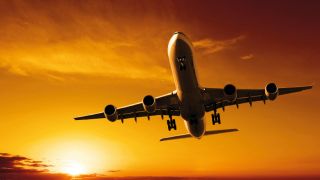 Flights could be getting more fun.

Smartphone and tablet fans will soon be able to get more out of their favorite toys when on planes, as Lufthansa has developed a system which allows users to watch inflight movies on their own devices.

The solution is a server called BoardConnect which will soon be installed on aircraft and linked to wireless access points inside the cabin.

All a passenger needs to do is download the app for Android, iOS or Windows Phone before their flight and they'll have access to films, music, publications and more, as well as being able to order food and drink straight from their phone or tablet.

Not only is BoardConnect a far cheaper solution for airlines than building screens in their planes, it's also likely to be preferable for passengers, as often screens are of low resolution and sometimes even built into the ceiling, making it hard to get a good view.

The low costs of setting it up could also see in-flight entertainment becoming far more prevalent than it is now and may eventually replace seat-back and ceiling screens altogether.

It makes a lot of sense. Many people are already bringing tablets and smartphones on to planes anyway and we'd wager that a lot of them would rather consume content on their own devices.

BoardConnect is already used by Virgin Australia Airlines and Lufthansa Airlines plans to install it in some of its planes starting this summer, while other airlines are in talks to use the technology too according to CiteWorld.

So if you're planning a long-haul flight later in the year you might want to invest in a tablet.