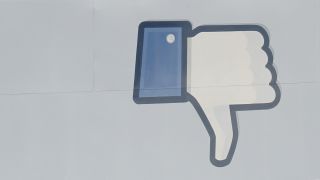 Forgive The Sun-style intro, but this is exactly the kind of thing the tabloids like to get annoyed about: a Channel 4 News investigation has discovered the rather depressing reality of kid-friendly social network Habbo Hotel. Using an account supposedly belonging to an 11-year-old girl, producer Rachel Seifert quickly found herself invited to strip on webcam and the recipient of explicit requests.

There are two problems here. The first is that a social network aimed specifically at young teenagers needs to be monitored more carefully than one for grown-ups, because by its very nature it's going to draw certain kinds of people like moths to a lightbulb. And the second is that 11-year-olds shouldn't be getting onto Habbo Hotel in the first place.

Like many social sites, Habbo Hotel's age verification process is incredibly difficult to bypass: the site asks for your date of birth, and you're not supposed to lie about it.

Habbo does say that parents should keep an eye on what their kids are doing, but rightly or wrongly parents assume that if something is specifically aimed at kids - and in the case of Habbo, if it's a proper site whose gift cards are on display in supermarkets - then it'll be safe for kids. We don't expect soft play areas to contain hidden saw blades, we don't expect to find broken glass on bouncy castles, and we assume that kid-friendly social networks don't let Gary Glitter in.

That's clearly a false assumption, and we should bear it in mind when Facebook says it wants to give accounts to kids.

I'd be a lot more comfortable with that idea if I had the slightest bit of confidence that Facebook has my child's best interests at heart.

Our kids are their problem too

Paedo panics make for good headlines, but the things I worry about are less dramatic and more likely to affect your kids: advertisers doing their very best to evade the rules on advertising to children, for example; ad networks tracking my child's interests to improve the chances of her chasing me around the house demanding I buy unhealthy cereal, horrible shoes or stupid plastic toys; or game publishers trying to con her into paying silly money for some ridiculous bit of in-game currency so she can breed more virtual dogs.

To me, these things are on the same spectrum as the perverts: they're not as bad, clearly, but they're still trying to exploit children.

I really doubt social networks see them in the same way, not least because such behaviour helps pay the bills.

Parents have a responsibility to protect their children. Of course they do. But sites and services that specifically target children have a responsibility too. We wouldn't allow Crazy Bob's Bouncy Castle And Unexploded Bomb Swamp to stay in business for very long, and if Asda's Good For You range included Spaghetti Meatballs With Shrapnel we'd shut them down sharpish.

Just because something's on the internet doesn't mean it doesn't have responsibilities. If you want to give accounts to our kids, show us what you're doing to keep them safe.