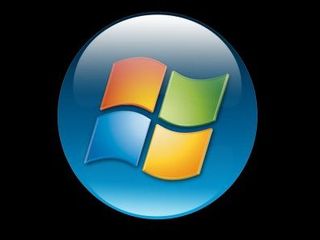 The Live Search update is imminent

The end of the All Things Digital conference in Los Angeles is to happen later today, with announcements from both Palm and Microsoft topping off what has already been an interesting insight into what the tech world has been up to in the last year.

In the Microsoft keynote, CEO of the company Steve Ballmer is set to announce the update to the company's search engine Live Search.

Although it has been believed that the new search engine was to be called Kumo, it was revealed earlier this week that the new front-running name for the website is to be Bing.

Whatever the name of the search engine ends up being, it will be a tall order for it to accomplish anything on the scale of what Google has done.

There's a distinct feeling that no matter how much money Microsoft throws at the new launch, it will always be second best to Google.

Despite this, Microsoft is set to spend a huge amount of money on marketing 'Bing'. According to AdAge, it is pumping $100 million into making sure everyone knows that the Live Search update is a real competitor in the search engine market.

This is around four times more than what Google spends on marketing its own wares.

When Microsoft's search engine does officially launch – and some are suggesting it could be as early as Friday 29 May – it will be powered by semantic search engine Powerset, which the company bought last year.

This means that whatever you type into the search engine, you will get a number of related queries in response.

Type in a band's name, and you should bet biographical details, lists of songs, alongside links to their official website and the likes of Wikipedia.

It will be interesting to see what Microsoft bring to the table in terms of search. With the launch of Wolfram Alpha, a flawed but new way to search 'knowledge', it seems that while Google may be dominating currently when it comes to web search its competitors are bringing new and interesting ideas that are evolving internet search.

If you want to see the announcement live, point your browser to http://d7.allthingsd.com, where they will be streaming the Microsoft keynote live. Of course, TechRadar will also be on hand to bring updates if and when they happen.