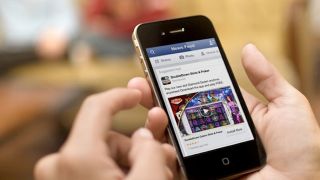 Update: Don't ditch your Spotify account yet. A Facebook representative has officially denied the report of the upcoming streaming service saying, "we have no plans to go into music streaming."

The Verge reports that Facebook has been in talks with major music labels, but says that there is no end-goal at this time.

While Facebook recently took on YouTube with its own video streaming platform, it looks like the social media giant is now gearing up to take on the likes of Apple Music and Spotify.

Sources speaking to Music Ally say that Facebook has been in talks with music labels in a bid to launch its own music streaming service.

But we might not see the service launch anytime soon as, according to the report, Facebook wants to get the monetization aspect of its new video platform (which will give advertisers 55% of ad revenue) perfected before delving into a viable audio streaming business.

This could end up having Facebook entering the music streaming game pretty late, considering how many services are already available.

In the meantime, you might be seeing music videos popping up on Facebook in the next few months, as according to the sources, the social media giant is in "advanced talks" with music labels to get their music videos on Facebook.

With such a strong user base (and with direct access to fans) this could end up being a stronger threat to YouTube. And with potential for a tied-in video platform, a Facebook music service could become a threat to the likes of Spotify and the recently launch Apple Music and Tidal.