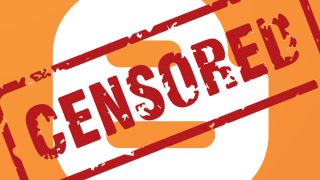 Updated: It's only been a few days since Google announced its crack-down on sexually explicit material put on Blogger, but the search giant has changed its mind.

"We've had a ton of feedback, in particular about the introduction of a retroactive change (some people have had accounts for 10+ years), but also about the negative impact on individuals who post sexually explicit content to express their identities," said Google in a forum post.

It warned that Blog owners should continue to mark their page as "adult" if it contains any sexually explicit content, so that visitors can be subjected to the usual warning.

Google has revealed some big changes to its Blogger platform, announcing that explicit imagery will no longer be allowed to be hosted on the platform.

Those who do host pornography on Blogger will find that after March 23 their blog will be set to private, and only administrators and those the blog have been shared with will be able to see the, er, private parts of the site.

This isn't the first time Google has restricted pornography through Blogger. In 2013, it warned that any blogs linking out to explicit sites would be shut down.

Google is giving its Blogger users a month to clean up their blogs but has noted that it will allow some nudity on the platform.

This nudity has to be of the artistic, educational, documentary or the scientific kind. To help those who want to keep their x-rated blogs alive on another platform, Google is offering users the ability to export their blog as an XML file and has stated that nothing will be deleted from its servers, just made private.

Google isn't the only one that is trying to clean up its sites. Vine made similar waves back in March 2014 and Yahoo has been looking at ways to make Tumblr a porn-free platform but has yet to act on this.