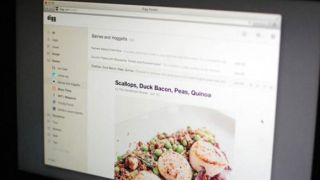 Do ya' digg this reader?

Digg has announced in a blog post that it will launch its Reader on June 26, just a handful of days before Google Reader finally powers down on July 1.

Digg boasted that its Reader was put together within three months, allowing time for users to migrate over to the new RSS feed before Google shuts its offering down.

Since announcing that Digg would be building the RSS feed alternative, the company had asked users for feedback during it's development. With that feedback in mind, the company is aiming for the "version 1" launch to be fast, reliable and most importantly, be able to import from Google Reader.

Keep it simple, keep it fast

Digg says its Reader will be a system simple in design and fast in function.

According to the blog post, Digg Reader will have easy Google Reader migration at launch, a "clean reading experience" and support for subscribing, sharing, saving and organising articles.

Digg will be adding more features over the next two months, including an Android app, integration with services like Buffer and Evernote and more tools for sorting, filtering and ranking feeds. Later, it also hopes to add search and notification features, all while keeping the interface clean and uncluttered - adding up to a lot of boxes to tick.

Digg Reader will be a "freemium" product, but the company assured users that launch features will remain available for free.