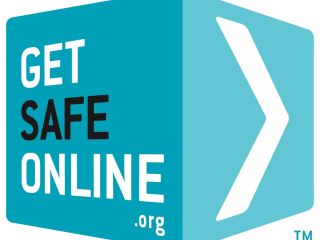 Some unsettling statistics released to coincide with Get Safe Online Week suggest that the average UK earner is worth as much as £14,500 per fraud attempt to online criminals.

UK citizens are worth much more to online crime syndicates because of their high average earnings and sheer number of web enabled users.

GetSafeOnline.org's newest survey discovers that in emptying out savings and maxing out credit cards before moving on to their next victim, each British person on the national average wage of £23,764 can be worth a small fortune.

"Experts at GetSafeOnline.org have estimated that working adults on an average salary can be worth £14,500 (per fraud attempt) to online criminals – taking into account recommended savings allowance and typical access to plastic credit," says the press release.

Apparently, a massive 48 per cent of UK internet users are still not updating anti-virus, almost a quarter do not have anti-spyware and one in five use one password for all websites.

"The internet is a great place to be," said GetSafeOnline.org's managing director Tony Neate.

"We are actively encouraging more people to go online, but in doing so, to ensure that they are safe and secure. We want to draw attention to the fact that online criminal activity can be a sophisticated business, but that each of us can take steps to prevent ourselves from becoming a victim.

"If internet users invest a relatively small amount of time and money in ensuring they are fully protected and up-to-date, the risk of such financial loss is almost negligible.

"To install the essential software and learn about the key safety measures on the Get Safe Online website takes a matter of a few hours – a small but worthwhile inconvenience compared to the potential loss."

The fact remains that many people are simply not taking the requisite action to protect themselves, and TechRadar has witnessed entire online identities being sold of UK people for tens of dollars.

It's a worrying situation, but one which Get Safe Online hopes to remedy by telling people about a few simple precautions.