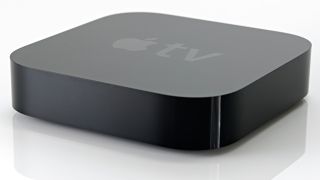 You might own Apple TV, you might not, but one thing that remains certain is that Apple could use this modestly-priced box to change the world of home entertainment forever. Right now, it's a bit latent.

The rumblings from the US seem to be that, along with the already announced HBO Now, there will be more services coming this summer. Now we're hearing, according to sources speaking to Buzzfeed, that Apple will announce some significant changes at its Worldwide Developer Conference (WWDC) this year.

The two big changes will be the additional subscription TV service, which would include streaming of US broadcast networks like CBS and FOX and other linear channels. But there's also the suggestion that Apple will ask developers to come up with cool new apps to make the device even more appealing.

That could switch Apple TV away from being something that works well for those with big investments in the Apple ecosystem, toward being a device that has mass appeal. Of course, Apple will always make money on iTunes purchases, and that will remain the focus overall.

If the rumours are true, then at WWDC Apple will start asking developers to make awesome apps for the Apple TV. The problem is, for Apple, that the control is fairly limited and that might hamper some developer ambitions.

The same problems may also apply to Siri, which is mentioned in the rumour. If Apple is adding that function it will need to be through additional hardware, like perhaps your iPhone or Apple Watch. It's also possible that the recent price reduction on the product might be in advance of new hardware arriving, which could integrate new features.

Apple will also have the chance to offer Beats music via the device, and could make that an exclusive too, so no other set-to-box company could offer the Apple-owned music streaming service. But that's a hypothetical only, and Apple's plans for music streaming are still a little unclear.

It had also been previously rumoured that Apple TV would become the hub for all HomeKit integration in your house. That makes sense, as your phone may not always be there, but Apple TV almost certainly would be.

All these things considered, that could turn Apple TV from something that's nice to own, into something that's really a home entertainment cornerstone. Of course, for the world outside the US, we won't have access to much of the content until Apple does local deals, but that's a sure thing if the firm is committing to the box as more than just a "hobby".