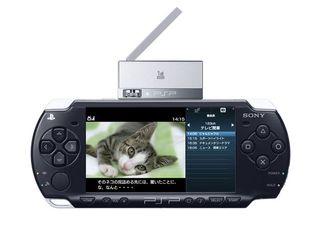 Developers at Team 17 are still staunch supporters of Sony's PSP, though PSM3 editor is losing interest with the format

Sony came under flack this month for its perceived lack of focus on the PlayStation Portable, with developers claiming that the PSP business model isn't currently viable.

So has Sony lost track a little with PSP, due to the heavy focus on the PlayStation 3 console business over the last year or two?

"The PSP remains a very capable and popular handheld device," said Martyn Brown from UK developer Team 17 In response to that news.

Brown is clearly a fan of the format and still thinks it can provide him and other developers with an important revenue stream in 2009 and beyond.

"I certainly think as the continued trend towards digital distribution and online connectivity grows, the PSP will have an increasingly important part to play," he added.

Over on PSM3 magazine, Editor Daniel Dawkins admits that he has "almost given up on PSP as a games machine," largely due to the fact that, "this year's best games are barely tweaked versions of last year's – like LocoRoco 2 and Patapon 2."

So what would he like to see Sony do with the PSP in the future?

"I'd like to see java-style improvements to PSP's web browser, like the PS3 firmware updates, to make it better on-the-move and provide more competition to the iPhone, though this may be more of a memory issue.

"Making it the heart of the emerging PS3/online/download trend might be the key, so it needs to play as many file formats as possible. Making PSP compatible with live streaming TV sites like Ustream would make it more compelling, too."

While still a staunch supporter of the PSP format, Martyn Brown also admits that, "questions of focus are fair, but with the PSP, PS3 and the digital distribution explosion all kind of happening at once, it's probably been tough to manage all that - and the signs are that they're really getting to grips with that."

So there we go. The PSP is far from dead after all!