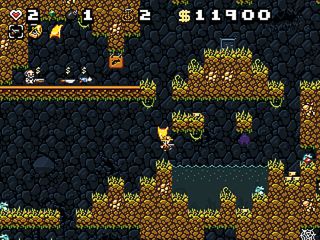 Death. If you're reading these words, the chances are you've killed enough people to depopulate several galaxies over the years, whether up close and personal with a machete, or with a casual flick of the wrist from some orbital weapons platform.

You've died hundreds, thousands, possibly millions of times, learning from your mistakes, finally facing retribution for driving a tank through a city centre for no better reason than that you could, or simply finding out what would happen if the evil overlord said "Can you think of any reason I shouldn't kill you?" and you answered "Er… no."

The result of all this death is that by and large, we're completely oblivious to it. For the most part, it's a design convenience rather than anything emotional, a way to represent both failure and for a designer to retain control over the simulated world.

Much like having three lives is simply shrugged off as the way things are (to the extent that when David Braben and Ian Bell created Elite, its 'failure' to follow the pattern was one of the strikes against it from publishers), death is generally accepted as simply part of gaming.

Does it make any sense that a salesman in an RPG has exactly two personality states: happy and friendly, and psychotically trying to chop your head off with an axe? No. But we know why it happens, and can generally ignore it, to the point that we only notice the times when something changes the rules.

Risen, for instance, features human NPCs who are quite happy to simply knock you on your arse, steal your wallet and leave with their point well made.

Let's take a look at some of the games that make death interesting, whether by making use of it, or giving it back its sting.

We're talking adventure games, of course. Never was death more ubiquitous and undeserved. If you charge into battle with the hordes of hell wielding nothing but a banana, yes, you're going to die. But you know that. You deserve it.

In adventure games, just crossing a street could be lethal. Sometimes, it was because there wasn't actually anything on the other side – like Leisure Suit Larry – and the designer needed a way to explain why you couldn't go poking around. Other times, like Laura Bow 2, you could cross that empty road, but if you forgot to actively look both ways before you did, you were absolutely guaranteed to get hit by a car and get a sarcastic little message about it.

Adventures of the 1980s and 1990s had exactly no shame. They would quite happily let you get to the last screen of the game without even hinting that you'd forgotten to pick up an item in the first room; a room you can only return to by starting again.

They'd make important items two pixels across and hide them in the middle of a table of otherwise unusable crap. They'd let you give away an important item without any way of getting it back. They would kill for any minor mistake, or just because the designer thought it would be funny.

Sierra Online was infamous for this with its Quest games, to the point that Sierra Sudden Death Syndrome has even been immortalised in song form. Take just one game, Space Quest 1 – which isn't even close to the most sadistic. Visit here and you'll find a video compilation of nothing but ways you can die in this one short, very simple adventure. It is half an hour long.

Why did we put up with this? These games were still a relatively fresh genre, and over time the worst excesses got ironed out. Lucasarts, for instance, prided itself (usually) on not allowing the player to kill themselves or get into an unwinnable situation on the grounds that it's silly to punish anyone for exploring the game.

It occasionally changed its mind, when it came to, say, Indiana Jones having to face life-or-death situations in Fate of Atlantis, but for the most part it was so firm on this that Monkey Island actually mocked Sierra's constant deaths with a scene where Guybrush Threepwood falls off a cliff, a death message pops up, only to be interrupted by him bouncing back on the screen and deadpanning "Rubber tree."

This became a running gag in later episodes, with characters directly referencing the lack of death in Lucasarts games in conversations. In Sierra's case, there's no defending the unwinnable situations. That was and remains appalling game design. The deaths however… they were surprisingly fun. Having a cartoon sequence or a gag simply beats being told 'That Doesn't Work', and some of the deaths were astonishingly inventive.

In just one game, Leisure Suit Larry could get beaten up by a mugger, get arrested by a policeman for walking around with his fly open, get blown away by an angry shopkeeper, commit suicide for running out of time to lose his virginity, or – most memorably – collapse on the ground and be magically taken down into a Sierra factory, where we got to see a new Larry being assembled on a production line and sent back up to start his game again. Amongst many others!

Why do people record half-house long videos of Sierra heroes dying? Because for all its faults, Sierra did failure with style, and often quite disturbing attention to detail.

In Police Quest 1, it was possible to die of embarrassment. How? Tell the main character to strip naked, and he would. They bothered implementing that, just for a gag. There are many other sequences to discover, even after winning the game.