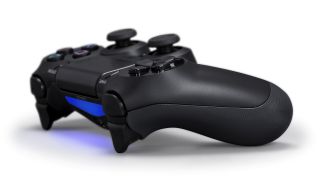 The PS4 is looking strong

The Xbox One and PS4 may both look startlingly similar, but one of them clearly has the edge at this early stage and it's not the new Xbox.

The PS4 has emerged as the clear frontrunner after E3, and what's most surprising is that it's done it without having to do anything spectacular or show anything particularly innovative.

There's a clear air of enthusiasm for PlayStation right now. A quick analysis of traffic on TechRadar today shows the PS4 attracting a lot more interest from readers. This could partly be a result of the PS4 event's inconvenient timing for UK readers - but this is a trend we've been watching closely for months.

Likewise, social media has been full of positivity for Sony and the PS4, while the Xbox One has been attracting more of a reactionary mixed bag. Most people thought both E3 events were great, but if comments and tweets are anything to go buy, the hardcore gamers are definitely starting to lean towards PlayStation 4.

Give gamers what they want

The Xbox One definitely has a strong games line-up – it's maybe even a bit stronger than the PS4's range of launch titles. Microsoft's E3 event was great, showing off some really interesting stuff. And the new control pad looks brilliant too.

But Microsoft's mistake has been to fundamentally misunderstand the basic needs of a very experienced and savvy audience of gamers. These people have been playing console games for a long time now, they know what they want and they're not afraid to say what they think and vote with their wallets.

I said last month that I thought the reaction to the Xbox One's home ents-heavy launch event was actually a bit unfair. All the TV integration and Kinect features are awesome - I still can't wait to try them out. But those are not features that sell consoles, and do little to interest gamers when some essential boxes are not ticked.

We're not talking quantum mechanics here – you simply don't shift products by giving people what they didn't ask for while simultaneously denying them some fundamental necessities.

The always-on connection fiasco looked bad even before we found out that the PS4 would have no such limitations. It's looks double-crappy now.

Likewise, we could see Microsoft getting away with its confusing stance on pre-owned games if it was to be the same for PS4 games. But it isn't and Sony couldn't believe its luck, celebrating with a mick-taking little skit.

And now we hear that the PS4 will be completely region-free, distinguishing itself again against the region-locked Xbox One.

Getting the basics right

The Japanese are offering gamers a more finely tuned games machine, and they're doing it at a more generous price to boot. The decision to sell the PS Eye separately and not force gamers to buy it has resulted in a console that's $100/£80 cheaper than the auto-Kinectified Xbox One and that's a powerful buying incentive all on its own.

So it's really not looking great for the Xbox right now. I'd go as far as to say that the only way the Xbox One will outsell the PS4 this Christmas will be if people buy it by accident. How Sony and Microsoft both independently decided that a PS2 cross-bred with a Borg Cube, with half-matte, half-gloss finish and ridged edges was the pinnacle of console design I have no idea.

But they both came to that conclusion and we're left with a pair of similarly dull-looking black boxes to choose from. That's perhaps the only complaint I've heard about the PS4 today - hardly a disaster when your competition looks so similar.

We still expect both consoles to sell strongly, but we'll certainly be keeping an eye on how the pre-orders stack up now that the games, the launch prices and the final details have been revealed at E3. Because we suspect the Xbox One's 2.4 per cent early lead is about to disappear.