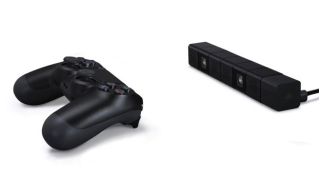 Sony has unsurprisingly confirmed that the PS4 camera will have voice and gesture control.

Announced during the Tokyo Game Show, Engadget noted that Sony will definitely be taking advantage of the PS4 add-on's dual cameras and four microphones to capture player movement and vocal commands.

The next-gen consoles will also support HDMI video capture, something that was lacking in the PS3.

We've seen how the Xbox One Kinect and Xbox 360 Kinect work, but the functionality of the PS4's camera features haven't been demoed yet. However, we're sure Sony will be showing off the camera's abilities soon. It is launching in November, after all, so the clock is ticking.

As for those gamertags ...

Sony also mentioned that your gamertags are too weird (via SlashGear) and may be scaring off potential PlayStation Network gamers.

In an attempt to improve the PSN user base, Sony suggested gamers use their real names to make the experience more welcoming for new people.

Though if you're fretting about protecting your precious identities, Sony doesn't mind if you'd rather stick with the anonymity of titles like T0tAlly1337, NoScopes or SaltyBabyTEars.