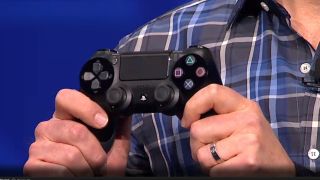 The PS4 yearns for the glory days of gaming

Wednesday night, Sony hosted what was reported to be a crowd of more than a thousand people at a rare, Applesque new-product demo.

There it debuted the next-generation PlayStation, officially dubbed the PS4. The event lasted two hours and featured some of the most accomplished game developers in the world, all on stage to promise that the PS4 was going to make gaming even more lifelike, more responsive, and more addictive than it already is.

I could have saved the company the two hours and the cost of hosting the event. Because boil Sony's announcement down to its essence, and you get these simple words: Sony believes the future will be like the past and has built the game console to prove it.

Don't get me wrong; the console is definitely next-generation (or at least, the specs are next-generation, since the console itself did not make an appearance at the event). It has stunning graphics and the kind of processing power necessary to create lifelike movement and even give game characters artificial-intelligence capabilities that should make hardcore gamers hungry with anticipation for the end of the year (the most specific Sony got about the release timeframe).

While the technology that goes into the console is definitely of the future, the idea behind the PS4 is rooted firmly in the past.

Specifically, the PS4 yearns for a glory day of gaming, around 2006, when Sony's PS2 was at the top of the gaming business, having sold in the neighborhood of 150 million consoles.

Being the engineering-focused company that it is, Sony's team was already hard at work besting the PS2 with the PS3, a console that would render more polygons than ever before and would hope to expand the role of the console by also putting a newfangled Blu-ray player in it.

Though the added horsepower and media functionality cost Sony time to market and drove the cost of the box up, Sony believed then - as it appears to still - that engineering excellence would dictate the success of the next generation of game consoles

Let's see, how did that work for Sony? Today in the US, Microsoft's Xbox 360 is the best-selling and most widely used game console of the current generation. In most months in the US, Xbox 360 titles outsell Wii and PS3 titles combined.

Instead of learning its lesson from this problem, Sony has spent a few years, we were told, developing the PS4 as if it were under the impression that the problem with the PS3 was that it was not a powerful enough gaming system.

But it's not just about getting the right console to market because, at the same time, the entire console business is under the threat of digital disruption.

Sales of consoles have been diminishing month after month. The new Wii U console has failed to gain traction for Nintendo. Tablets and smartphones now engage more people in more minutes of gaming than consoles will ever achieve.

GameStick, the Kickstarter-funded gaming console built into a controller, is now available for pre-order for $79, and other companies are betting against dedicated hardware of any kind, instead offering streaming games over commodity hardware.

Gaming, gaming, everywhere, and not a drop for Sony to drink. It's a painful irony of digital disruption that even as something becomes more popular, the companies that built their businesses around it falter.

Today, we listen to more music in more ways than ever before, yet music labels are half the size they were a decade ago. We read more news than we ever have, yet newspapers are going out of business right and left. By aiming for the glorious past of gaming,

Sony might as well be announcing the launch of a 24-hour cable news channel or a slick, new, weekly newsmagazine.

Because sell it Sony must, no matter what the cost, because missteps aside, the PS4 is Sony's best shot at creating a digital customer relationship for eventually building the kind of digital platform that Apple and Google have and Microsoft - on the strength of the Xbox 360 - is working toward.

In the end, far more important to Sony's long-term hopes will be amassing the power of a digital platform that spans multiple devices, even devices Sony doesn't manufacture.

But making that big a change will require massive adjustments at the famously siloed Sony, and so far, the PS4 announcement doesn't reveal even a hint that Sony is ready to join the other digital platforms at this most ambitious game.

Given that, I'll make a bet of my own about the future: Sony will sell fewer PS4s than it did PS3s.

This blog post has been published with the permission of Forrester Research and was first published on James McQuivey's blog here.