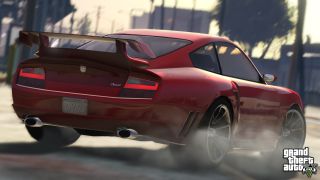 Did you hope the introduction of the R18+ rating would see fewer games banned in Australia? Well, the last four months has seen Australia ban 220 video games – more than four times as many as were banned for the entire period of 1994-2014.

The enormous increase in bans is the result of more games being refused classification – making them illegal to sell in Australia – following a Federal Government decision to adopt a new model for classifying games sold digitally.

From today, Australia is officially participating in a program that aims to regulate the overwhelming number of games released through online channels. The program employs the International Age Rating Coalition (IARC) tool, which has already been adopted by the USA, Canada, Brazil, UK, and most of Europe.

In the past, games released through digital outlets were able to avoid classification in Australia, but the adoption of the IARC model means this is no longer the case.

The reason for Australia's adoption of the program is that the sheer volume of games released through digital shopfronts is prohibitively huge, and simply too much for Australia's Classifications Board to tackle.

An Attorney-General's Department spokesperson acknowledged this, saying: "Due to the online explosion, there are hundreds of thousands — if not millions — of games currently available online.

"It is not realistic or practicable for the Classification Board to manually classify each of them."

Similarly, the Interactive Games and Entertainment Association (IGEA) has welcomed the Government's move, pointing out that around 200,000 titles have been released online in the past year, while the Classification Board only has the means to classify around 400 titles annually.