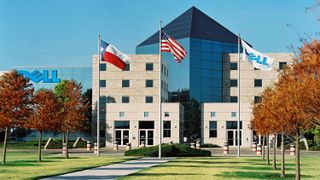 Dell HQ's about to get a whole lot more secretive

The rumours were true: Michael Dell is buying back the company he founded, and Microsoft's supporting him to the tune of two billion dollars. What's interesting isn't the money, though. It's Microsoft's carefully chosen words.

"Microsoft is committed to the long term success of the entire PC ecosystem," the statement says.

That's interesting, because it's the entire PC ecosystem Michael Dell wants to get out of.

In the old days, PCs were made by companies, bought by distributors, sold to resellers and then sold to us, in shops. Dell changed that, enabling you to order directly from the company. It removed the middlemen, created an incredibly efficient supply chain, and slashed the cost of computers.

It was brilliant: I've bought, or been responsible for buying, literally dozens of Dells over the years, and with the exception of a single duffer that made a horrible noise, I don't have a bad word to say about the company or its computers (full disclosure: I've written adverts for Dell in the past).

The problem is that other people started to do the same, and the margins began to shrink. These days consumer PCs are commodities, sold at bargain basement prices with margins so thin that firms stuff their machines with adware and cover them with stickers to make a few more cents per item - and if that wasn't bad enough, consumers are abandoning the PC in favour of smartphones and tablets.

It's a horrible business to be in, and it's a business Dell wants out of.

Is Microsoft attempting to stop it?

Dell wants to move into enterprise computing, and that's why it's going private: changing the entire focus of a company takes time, and time is something the adrenaline-fuelled short-termist nutballs of Wall Street wouldn't allow. Microsoft is helping Michael Dell take his company away from them, but it's not doing it out of the goodness of its heart. By lending Dell's bid $2 billion, Microsoft wants a say in what Dell does.

It'll be fascinating to see what happens to Dell's Linux efforts, such as last year's Ubuntu-powered ultrabooks and its workstations and servers.

As the ever-perceptive Jean-Louis Gassée writes in Monday Note, the deal would give Microsoft "better vertical integration [between hardware and software] without having to pay the full price for ownership... this is completely at odds with the buyout's supposed intent: getting out of the PC business." However, it seems that without Microsoft's involvement, Michael Dell wouldn't have the cash he needed to take Dell private.

Maybe together, Microsoft and Dell will be the new Apple - but this does look much more like a defensive move than an offensive one.

Microsoft is watching its best OEMs embrace other platforms, such as Chromebooks and Android, and the prospect of Dell dumping its consumer products or worse, staying in the business but embracing other OSes, is something Steve Ballmer doesn't want to see. And if that means handing out a few billion? For Microsoft, that's small change.