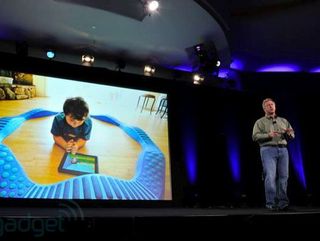 University given an Apple flavour

Apple has announced that it has breathed new life into its iTunes education service, announcing a facelift for iTunes U and also a brand new dedicated app.

It may not be the sexiest feature of iTunes – that would obviously have to be Ping – but it is an essential one for many a student looking to get ahead in their university degree and has seen some 700 million downloads since its release.

Now, the new service adds a load more online courses from many a prestigious university – including Oxford, Cambridge, MIT and Yale.

It also allows teachers to create and manage their own courses, so they can add the likes of lectures, assignments and syllabuses into iTunes U.

Speaking about the new app, Eddy Cue, Apple's senior vice president of internet software and services, said: "The all-new iTunes U app enables students anywhere to tap into entire courses from the world's most prestigious universities.

"Never before have educators been able to offer their full courses in such an innovative way, allowing anyone who's interested in a particular topic to learn from anywhere in the world, not just the classroom."

The new iTunes U app has been created mainly for the iPad and links up with iBooks 2 so consumers can tap into their own books made in iBooks Author and also use content from Keynote, Pages and Numbers.

The iTunes U app is out now as a free download from the App Store.