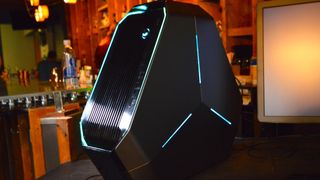 Computers are changing and so are the ways we're using them

When it comes to input devices for our computers, not a lot has changed in the last two decades. Keyboards were around well before computers even existed, and the first mouse was invented way back in 1946. Meanwhile, track pads have been a part of mobile computing since the Apple PowerBook 500 was first introduced in 1994.

Gaming has paved the way for a variety of interesting input devices, such as the Razer Hydra motion sensing controller, and Valve is trying to develop a controller that's actually optimized for PC gaming for use with Steam Machines. However, in the age of virtual reality, wearable sensors and motion tracking, we're poised for even more exciting ways to use our computers in the very near future.

Below you'll find five technologies that are still in the early stages yet are poised to change the way we use computers. They include Leap Motion, which has made its way into HP laptops, and Cortana, the personal assistant that will roll onto PCs with Windows 10. What they have in common is a promise of replacing the tired mouse and keyboard with far more advanced methods. Read on for the full rundown, and let us know what you think of this tech in the comments below.

We've seen Intel's RealSense technology become integrated in more devices as of late. The camera technology can see depth up to a human vision-like 10 feet and provide near perfect dimensions by simply viewing an object. I did a quick hands-on with the RealSense camera built into the Dell Venue 8 7000 tablet at an event, using it to measure a Subway sandwich to see if was indeed a foot long. (It was).

Aside from measuring dimensions, manufacturers have begun implementing the Intel camera technology into PC gaming. So far, we've seen a few demos with RealSense implemented in All-in-Ones like the Dell Inspiron 23, and laptops including the Lenovo B50 and Acer Aspire V17 Nitro, for head tracking and steering a virtual car.

While it may sound similar to the Xbox Kinect, RealSense doesn't use infrared cameras. Instead, it utilizes multiple cameras (up to three on the Dell Venue 8 7000) to create a three-dimensional rendering of the real world. If this 3D photography technology works as promised, fans of flight simulators and serious racing games could kiss goodbye to their specialized Track IR setups. Plus, RealSense opens doors to new control schemes for all sorts of games.

Although HP Sprout utilizes Intel's RealSense camera as the same underlying technology, it isn't just adding an extra control scheme for gaming or a virtual measuring stick for mobile devices. Rather, the Sprout camera and projector system does away with the mouse and keyboard entirely and replaces them with a giant touch-sensitive mat.

Users can glide their hand over this jumbo-sized touchpad to select and control objects on their PC. Meanwhile, a hanging projector displays anything from a keyboard to a piano. It's an interesting concept that turns this typical 23-inch All-in-One into an immersive computing experience with a second screen.

The projector housing also holds several cameras that capture images using both visible and infrared light to create a 3D view of the world. In fact, users will be able to place things like photos and documents on to the touch mat for a quick scan into their computers.