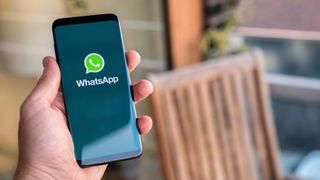 With more than 1 billion users across 180 countries, WhatsApp is one of the world’s most popular messaging platforms, but come next year, millions of those users could find themselves cut off, with the company announcing today that it will soon stop supporting older Android and iOS smartphones.

In a recent change to its FAQ page the popular messaging service has confirmed that devices running operating systems older than Android 2.3.7 or iOS 8 will lose access to WhatsApp from February 1, 2020.

In real-world terms, that means if you have an iPhone 4 or older, or an Android device from before 2011 (such as the Google Nexus One or the original Samsung Galaxy S), it’s unlikely you’ll be able to install WhatsApp from the App Store or Google Play.

For WhatsApp users who already have the app installed on such a ‘vintage’ device, the company has stated that “some features might stop functioning at any time”, and users will no longer be able to create new accounts or verify existing ones.

There’s bad news for anyone hanging onto a Windows Phone handset too, with WhatsApp stating on their website that it will cease support for the platform from December 31, 2019.

For users wanting to continue using the service, WhatsApp recommends a device running at least Android 4.0.3, or an iPhone on iOS 9 or up.

The largest market for WhatsApp is India, where the messaging platform has recently crossed the 400 million monthly active users milestone.