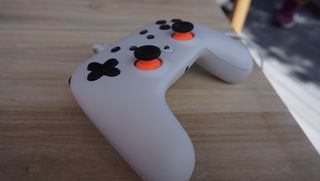 Last week, we reported that Google Stadia would be launching on November 19 with a mere 12 titles in its roster. Now, on the eve of the game streaming platform's arrival, that number has grown to 22 – though you're likely to find the newly-added titles to be more than familiar.

After receiving a substantial amount of flak over the platform's initial lineup, Google's Phil Harrison took to Twitter today to announce a near-doubling of titles coming to Stadia.

Excited to announce that we are INCREASING the Day One launch line-up of titles for @GoogleStadia - we now have TWENTY TWO games launching with the platform on Tuesday. Huge thank you to our game developer and publisher partners for bringing more titles #stadiaNovember 18, 2019

Below is the updated list of titles that will be arriving on Google Stadia on November 19, 2019, with the new additions listed in bold text.

There you have it: Google Stadia's complete launch lineup. If the new titles look familiar to you, it's because they'd already confirmed for release throughout the remainder of 2019.

Of course, there are a few more announced titles that won't make it for launch, but have been confirmed for release by the end of the year – these include Borderlands 3, Darksiders Genesis, Dragon Ball: Xenoverse 2 and Ghost Recon: Breakpoint.