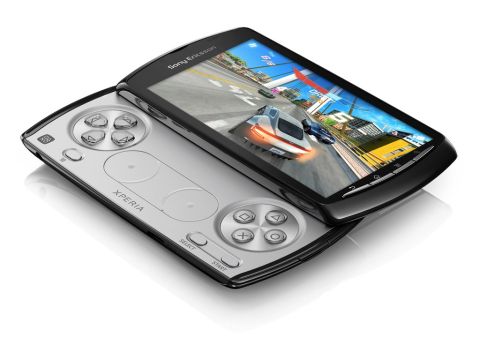 Sony Ericsson knows that along with gaming comes the concept of gaming marathons and the Xperia Play's 1,500mAh battery is stated to be good for around five-and-a-half hours of thumb-numbing action.

It should also manage nearly eight-and-a-half hours of call time on GSM/EDGE networks and around six-and-a-half on UMTS/HSPA. Meanwhile, stated standby times stretch to over 400 hours.

Out in the real world, you'll chop and change between calls, games and downtime, but we tried a few days of different intensities of use and found the battery life average for modern smartphones and totally adequate.

An intensive evening of play followed by a day of minor use left the phone gagging for juice at around 5pm. A less taxing span of taking a few calls and doing a bit of web surfing, plus about half an hour of gaming helped the phone last around two days before the little red warning triangle appeared to tell us the cells needed some time hooked up to the national grid.

Turning the screen's brightness down (you have to do this through the menu, since the widget is a simple on/off affair) helped eke out a few more minutes of life, but the screen's not bright enough to tolerate going too far below halfway, even indoors.

Consign yourself to plugging it in every evening, though, and you'll be fine.

Talking of plugging things in, when it comes to connectivity, there's a bevy of options. The regular smartphone options are all here – 802.11 b/g/n Wi-Fi, 3G/HSDPA, Bluetooth – and they're joined by DLNA, GPS and the option to use the phone as a portable hotspot.

Getting hooked up to our Wi-Fi network and connecting the phone via Bluetooth were both as simple as entering the requisite passwords. In this respect, the Xperia Play has been one of the easiest devices to get linked we've played with so far.

Establishing a link with GPS satellites proved simple, too

Physically, there's also a micro-USB port (and micro-USB to USB cable included in the box) for charging the phone and linking it up to your computer.

There's a full, and frankly overbearing, software suite you'll be asked to install when your computer detects the phone, which helps you manage the usual business of loading files onto the phone and syncing calendars contacts and the like.

We're quite taken with the included Media Server app, which enables you to stream content on your phone over the local network. Setting it up is simple, requiring just a few clicks and even streaming video was admirably nippy over our wireless network. It's a glittering gem that we could see proving genuinely handy to those with full-on gaming consoles at home.

The only downside is that it highlights the phone's inability to stream content from other DLNA devices with the packaged media apps.