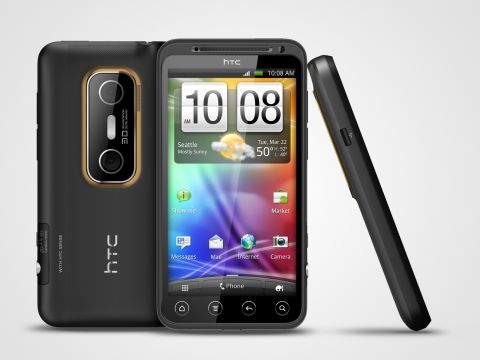 A disappointing ever that seems oddly unsupported by HTC.

UPDATE: We've now re-reviewed this phone for the UK market, so check out our findings below.

It seems like there are a bazillion Android phones on the market, which means any phone with a brand new feature seems like a colossal improvement.

The latest of these big steps forward was the 'glasses-free' 3D screen on the LG Optimus 3D. Now splashing down is HTC's Evo 3D, with 3D features intended to be less alarming those on the Optimus 3D.

We've got a cheeky little video of the HTC Evo 3D if you want to see the phone in action ahead of our full and in-depth review:

In fact, at first glance, you might mistake the Evo 3D for any other slightly chunkier Android phone with a bright screen and HTC's Sense user interface.

The problem is that the Android line-up has recently moved on to greener pastures, with the super-thin and light Samsung Galaxy S2 widely considered the best Android phone ever made, and our phone pick of the year thus far. That leaves the Evo 3D in a quandary.

The 3D features are remarkably entertaining, especially for a full-length Hollywood feature film in 3D, yet the overall design aesthetic is so early 2011.

With a dual-core 1.2GHz processor, the Evo 3D is also the faster of the two models. LG makes a big deal of the tri-dual technology on the Optimus 3D, since it uses RAM on the TI OMAP processor and Infineon chipset at the same time.

But, having run tests on both models, the Evo 3D proved to be faster for most activities – especially 3D gaming.

In terms of hardware design, the Evo 3D closely matches the HTC Sensation, except that the front layout is a bit different. Each has the same four buttons – Home, Menu, Back, and Search, but on closer inspection, you'll see the Evo 3D has a large switch on the lower right side for changing the display to work in 2D or 3D.

Essentially, the stereoscopic technology works the same as a home 3D TV in that, in a game or movie, there are actually two images being presented at the same time – one image being perceived by each of your eyes.

Both Samsung and Nokia had 3D phones in Europe several years ago, but they didn't use such sharp, vibrant and massive screens (for mobile phones).

Otherwise, the Evo 3D has standard ports for microUSB (on the left), a large shutter release button for the camera (on the right), and the power and 3.5mm headphone jack up top.

You remove the case to access the innards by creaking the slot on the bottom. On the back, there is a gold-rimmed camera staring at you: a blazing oval that protrudes slightly with two camera lenses for recording 3D photos and movies.

The overall impression here is that the extra 54g of weight compared to the Samsung Galaxy S2 could be a death knell. The main reason to carry this phone around is for the 3D features, so we'll make sure we take a good, hard look at that feature.