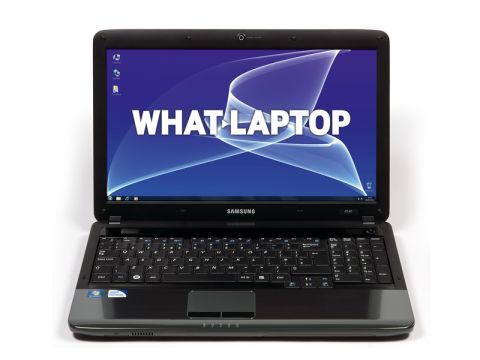 Just because a laptop is low cost doesn't mean it has to be light on features, and the Samsung R540 packs some serious hardware into its sub-£399 frame.

At the heart of this laptop is an Intel Pentium 2GHz processor which, although still lowly on the scale, outstrips the Celeron that powers the Fujitsu LifeBook A530. There's also 4096MB of memory, double that of the LifeBook, and a 500GB hard drive, again, twice the size.

The Samsung's processor came out results in our lab tests, helped hugely by the extra RAM. In real terms, the extra processing power and RAM do wonders for the performance of the Samsung R540.

Basic tasks perform noticeably smoother and faster, and you can even stretch to harder tasks like editing standard-definition video.

The chassis of the Samsung is solid, and feels well built. The plastic top doesn't feel especially high quality, but the shiny metallic look will turn heads, and also evoke surprised noises from any stranger who finds out its price tag.

The Samsung's screen is sharp and bright, and is perfectly adequate for watching SD movies and viewing your pictures. At a maximum resolution of 1366 x 768 the panel isn't capable of 1080p, not that the laptop could play it back anyway.

However, the Samsung R540 does come with a HDMI out port, so that you can connect it quickly to HDTVs, which makes it really easy to show off photos, or watch movies in the comfort of your living room.

Battery life is also admirable with four hours of use away from the mains if you're out and about. If you are planning to be on the move with the R540, the 2.4kg weight is something your back will thank you for. While it's no ultraportable, students could easily take this to the library or lectures and work comfortably without needing to stop to recharge it.

Graphically, the Samsung is above average, but it still uses a weak onboard chip, rather than a dedicated GPU. This means that there's a lack of graphics memory which, like any other type of memory, negatively impacts on performance.

The HP Pavillion dv6 is also around the £399-price point but features a dedicated graphics card and, predictably, it tears strips off the Samsung. This means that playing HD video will be a struggle and even simple games won't be as smooth.

What's more, sharing large amounts of memory will impact on other parts of the system, further draining resources.

At such a bargain price, the Samsung is an attractive proposition. If you're looking for a laptop for basic word processing, email and web browsing tasks, and are not worried about playing games, then you won't be disappointed.