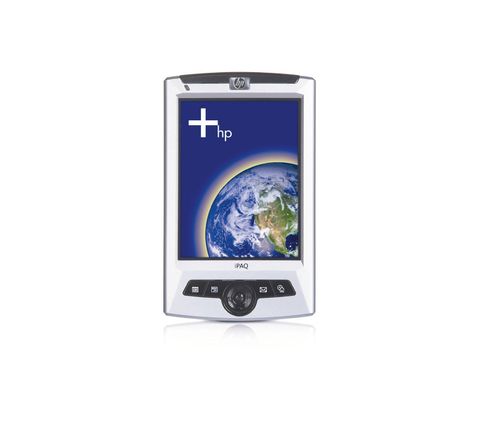 The pain Jane of the PDA world

A decidedly average PDA that does the job but only just

The HP rz1710 is the most affordable iPAQ on the market, competing with other companies producing lowcost PDAs, such as Dell. This is a stylish entry-level organiser with all your basic multimedia functionality on tap.

At first glance, the silver and shiny black chassis gives the rz1710 a business look. Despite a sensible appearance, this device is aimed at the consumer market. It's a lightweight and compact Pocket PC that's truly pocket-sized, tipping the scales at only 120g. HP completes the design with four programmable launch buttons defaulting to Calendar, Contacts, Messaging and Today, as well as a five-way navigation button.

The latest Windows OS for handhelds, Pocket PC 2003, is installed along with standard applications, including Pocket Word, Excel and Internet Explorer. HP has also bundled some extra applications of its own.

HP Image Zone is a straightforward program that lets you show or send images to friends and colleagues. Another useful addition is HP Task Switch, which displays icons for all open programs with a single tap. For entertainment, you can spend your downtime playing Solitaire and Jawbreaker or listening to MP3s on Windows Media Player.

This iPAQ has a relatively small memory consisting of 32MB ROM and 32MB SDRAM. Users can access 25MB RAM for file storage and adding programs, including the 10MB of flash RAM for backups. In addition, memory cards are an easy and affordable way to add storage space, particularly if you want to save MP3s and photos.

The 3.5-inch colour screen has a QVGA resolution (320 x 240 pixels), a good size for such a small device. The ability to switch between portrait and landscape mode is present - a feature not enabled on many models of this type. However, we were disappointed with the screen quality on our review model. Text was not sharp in appearance, making it difficult to read.

If you must choose an iPAQ and are looking for a no-frills PDA, the HP rz1710 is affordable and handles basic functions well. However, we would suggest testing it out against other equally affordable units first. Michael Browne