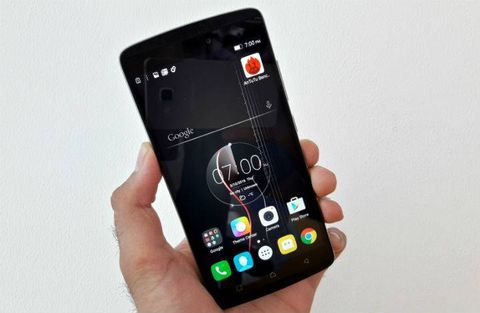 Lenovo  has been quite aggressive about expanding its portfolio of smartphones  in the Indian market since its acquisition of Motorola. It has released a  number of handsets in budget and mid-range segment in the last one  year, which proved to be successful with Indian consumers. The Lenovo K3  Note, unveiled last year was a stupendous success with budget users.  The device woos users with its combination of powerful hardware at an  entry level price. With the Vibe K4 Note, Lenovo wants to up the ante.

From the name, you would assume the K4 Note is the successor to K3 Note. However, on closer analysis, this does not quite hold true. The Vibe Moniker denotes this is actually not a budget smartphone, to begin with. The price tag is slightly more than the K3 Note, too.

Compared to the rather uninspiring boxy design of K3 Note, Vibe K4 Note looks enticing. The influence of Motorola is evident in its design. While the K4 Note is somewhat thicker than the K3 Note, the curved design looks better. It is also a slightly heavier than the K3 Note but it also houses a larger battery. There are several design departures, including twin speakers on the front, a fingerprint sensor at the rear side and a backlit capacitive button beneath the display. The build quality, while not great is pretty good for its price and segment.

From the recent crop of Lenovo phones it is clear that the company has cracked the code as far as the design of the smartphone is concerned. The Vibe K4 Note will not make your heart skip a beat but it is a decent looking smartphone and has a decent build.

The K3 Note broke a few grounds in terms of hardware given its price range. The Vibe K4 Note continues the trend, despite its increased price tag. There are certain changes and most of them are actually good for the users. Lenovo has used a MediaTek MT6753 chipset with an octa-core processor running at 1.3 GHz speed. It is a direct rival of Qualcomm's popular Snapdragon 615 CPU. The Vibe K4 Note also packs in a 3 GB of RAM, which complements the CPU well. Apart from inbuilt 16GB space, there is a microSD card slot.

The Vibe K4 Note has NFC capability. It also has most connectivity options out of the box. It is a 4G LTE capable device and support for Wi-Fi, A-GPS and Bluetooth. This device also has Dolby Atmos technology on speakers- which makes it kind of category best in the audio department.

There is no denying that one of the reasons why the K3 Note scored above its rivals was because of the display it boasts. In the Vibe K4 Note, Lenovo has retained the same more or less the same elements of the display, which is not a bad thing after all!

Lenovo Vibe K4 Note comes with a 5.5 inch FullHD display. The 403 PPI pixel density makes things nice for movie buffs and gamers (not to forget the Dolby speakers, which we shall be coming back to a little later in the review). If you set the brightness level to the maximum level, sunlight legibility will not be a problem. It also has good viewing angles.

One area where the Vibe K4 Note does improve on its predecessor is the department of screen protection. It is covered by Corning Gorilla Glass 3. Despite this, you w still might want to use a protective layer on the top of the screen. Reason, it is a fingerprint magnet and tends to gathers smudges rather fast.

Like we already shared with that the phone comes with an Octa-core processor coupled with a 3GB of RAM. The combination of these two ensured that we could do multitasking with ease. Playing some of the popular games such as Asphalt 8 is a breeze. Another thing worth pointing out is that we did not face any heating issues on the Lenovo Vibe K4 Note even when playing heavy games or while we were trying to juggle between plenty of apps. There were no noticeable lags that we faced in the short time we spent with the phone and the call quality and network reception is also pretty good.

As for the synthetic benchmarks, the Lenovo Vibe K4 Note scores quite well.

2016 is said to be the year of VR and Lenovo with this offering seems to have that covered as well. You can choose to buy ANT VR headset (at an additional cost of Rs 1,299) which along with theater max technology will enhance your viewing experience. The construction of the ANT VR headset is better than the other VR headsets that we have seen at this price point and the experience of watching a movie clip via Vibe K4 Note was average.

Lenovo Vibe K4 Note comes with Dolby Atmos speakers, which offer a great experience. They are quite loud and yet you don't feel that the quality of the sound is being compromised at any level.

One of major highlight for the K3 Note was the fingerprint scanner, which has been included in the successor too. Along with unlocking the device, the sensor can also be used to take selfies on the Vibe K4 Note. The sensor is responsive and reliable.

The camera setup in the Vibe K4 Note is not much different from that of the predecessor. What we do get is a 13MP rear sensor, which is aided by Dual LED CCT Flash. On the rear we have the 5MP camera sans flash and it also lacks auto focus. The rear camera is equipped with features like Phase Detection Auto-Focus technology. However, it is not really fast and rivals like Asus Zenfone 2 Laser. LeEco Le1S manage to do a better job here.

The camera performance is honestly- middle of the road. In good lighting conditions, it captures images with details and sharpness. However, in dark places, the noise level shoots up. The rear camera can also be used to record 1080p video. Lenovo has packed in software based Image Stabilization, which helps in reducing shakes.

The front camera manages to an average job of clicking selfies and during video calls.

Battery life continues to be a major worry for most people who use smartphone these days. The Vibe K4 Note has a 3300mAh Li-Polymer battery, which is a small improvement over the K3 Note. It can last for a day and a little more with general usage. However, its battery performance is no match for the humongous batteries used in rivals like Asus Zenfone Max and even Lenovo P1M for that matter.

However, when pitted against Moto G 3rd Gen and LeEco 1S it does manage to give almost similar results.

In the budget smartphone list, the Lenovo Vibe K4 Note makes a strong mark thanks to its solid build and great performance. It is an awesome multimedia device which boasts of great display and awesome sound quality.

While we think that the Lenovo Vibe K4 Note is blessed with decent looks but there are now smartphones that are much stylish than this at the same price point.

The main drawback the Lenovo K4 Note has is the camera. The rear camera falls short when pitted against competition.

Overall, the Vibe K4 Note is an interesting and promising contender for  the budget and mid-range smartphone segment. For its modest price tag,  it does pack in lots of features and good hardware. Improvements in RAM,  screen protection and inclusion of Fingerprint sensor are things that  are worth pointing out but we should not forget that some of the  competitors like LeEco Le 1S and Xiaomi Redmi Note 3 also offer the same.

Also both Le1S and Redmi Note 3 offer a better design that the Vibe K4  Note. In camera segment too, Lenovo Vibe K4 Note gets overshadowed by  quite a few rivals including the Le 1S. If you think you can live with  such minor hiccups, there is no reason not to buy this device.