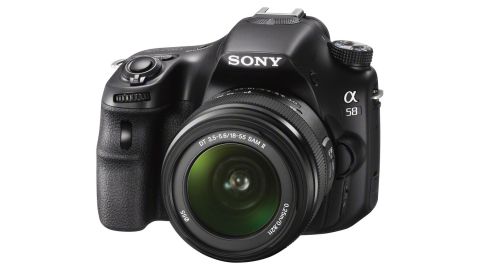 We shoot a specially designed chart in carefully controlled conditions and the resulting images are analysed using DXO Analyzer software to generate the data to produce the graphs below.

For more more details on how to interpret our test data, check out our full explanation of our noise and dynamic range tests.

TIFF images (after conversion from raw) from the Sony a58 contain greater dynamic range than those from the Canon EOS 650D at ISO 100-800, after which point the scores are very similar. The a58's TIFFs show a similar dynamic range to the Sony a57 and Nikon D3200 at ISO 100 and 200, but after that they fall behind both cameras, only beating the Nikon briefly, at ISO 6400.