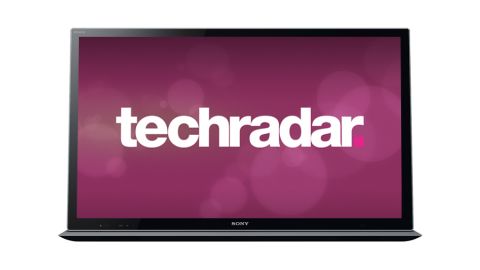 With the latest TV ranges from Samsung and LG already out and attracting mostly positive critical notices, the pressure on Sony's debut TV for 2012 really couldn't be any greater. Especially with Sony's TV business contributing spectacularly to the brand's latest round of cataclysmic operating losses.

Still, the noises coming out of Sony about the 46-inch KDL-46HX853 are all promising. There's been much talk of 'getting back to what Sony does best' and 'putting quality ahead of compromise', along with assurances that the sort of mistakes that have riddled the past couple of generations (at least) of Sony TVs will not be allowed to happen again.

To back up these fine words, the KDL-46HX853 - which is the top-level 46-inch model from Sony's new range - comes packing some significant heat. Its enjoyed a slinky redesign, for a start, without losing touch with the Monolithic aesthetic Sony has been following for a couple of generations.

Sony has also (thankfully) revamped the interface for its online services and added a few bits of significant new content to what was already one of the best online video platform around. But perhaps most significantly of all, pretty much every aspect of the KDL-46HX853's picture quality - from its video processing through to the way it controls its edge-based lighting system - has allegedly undergone a profound round of improvements.

The set also, naturally, fits perfectly into a modern multimedia household thanks to its DLNA support, integrated Wi-Fi, aforementioned video streaming capabilities, and playback of plenty of multimedia file formats via its USB ports.

Given its flagship status, the most direct rivals for the KDL-46HX853 would have to be Samsung's ES7000 and ES8000 ranges, along with LG's LM860V series and Panasonic's new WT50 series.

We haven't fully tested all of these rival series yet, but we've seen enough to know that they each represent some pretty stiff competition for Sony's hopes for the KDL-46HX853. So without further ado, let's start finding out if the KDL-46HX853 really does have a shout at turning Sony's TV fortunes around.