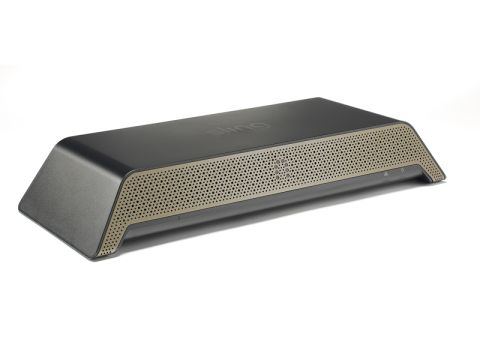 Sling Media's Slingbox Pro HD is finally available in the UK, after being on sale in the US for over a year.

Its key advantage over the original Slingbox Solo is HD support; where the original model was restricted to only streaming standard-definition, the Pro HD is capable of streaming 1080i hi-def via component.

In addition, Sling Media has added a Freeview tuner to enable users to stream over-the-air broadcasts as well. This is a handy feature that allows those who don't have a set-top box to still enjoy the convenience the Slingbox provides.

This Pro HD unit is larger than the original Solo model, which comes as no surprise, considering it has more connections and internal components. Input options include component, S-video, composite video and coaxial antenna, so it's possible to hook up multiple sources, but crucially there's no HDMI.

While the box is physically wider than the original, it still has a sleek form factor. Setting up the Pro HD is straightforward and simple. Slingbox provides step-by-step instructions, and the setup tool on their web page is very useful and easy to use.

In particular, the user interface is quite intuitive, with an onscreen remote that mimics the one from your home source, thanks to an IR blaster.

Once I had the Slingbox Pro HD up and running, I was presented with excellent picture quality. High-definition sources on my laptop looked almost as good as at home on my television.

On occasion I did notice a small amount of noise in the picture, and it seemed to me that the overall image was slightly darker than the original. It soon became apparent that picture quality was dependent on how fast my internet connection was running.

To combat dropouts, Slingbox has created a sophisticated streaming technology that automatically adjusts picture quality based on your home's internet speed. A simple way to put it is that, when internet bandwidth is low, picture resolution decreases as well and vice versa. I really noticed this between the peak internet hours of 6pm-9pm.

The major flaw I can see with Slingbox Pro HD is the HD element. In the UK we're seeing fewer component sockets on set-top boxes (Virgin Media's V HD box has dropped it, for instance). So, as this video output option disappears, it will create an issue for Slingbox users who continue to upgrade their Sky and Virgin Media boxes.

Also, the Pro HD does not include a Freeview HD tuner, which would have made it much more appealing.

Nonetheless, the Slingbox Pro HD is a neat product that allows you to access your set-top box, PVR and various other video devices from anywhere you want through the internet. In that regard, it's perfect. You should never miss another show again.