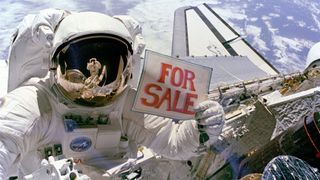 It's been nearly 50 years since Star Trek first referred to space as "the final frontier," and the passing decades have done little to diminish interest in traveling to this expansive (and very expensive) destination.

The National Aeronautics and Space Administration (better known as NASA) made headlines back in 2011 with the decision to retire its space shuttle fleet, laying the groundwork for companies with no government ties to throw their hat into the galactic ring.

While NASA has set its sights on bigger targets such as travel to the planet Mars, privately funded firms are busy planning and testing new rockets and even complete space stations, all in the hopes of dodging political and economic setbacks that have plagued government organizations for decades.

Here's a look at the commercial spacecraft companies leading the charge, and who looks to have the best shot at getting us to the stars.

Off to the races

The new space race kicked off in October 2004 when the $10 million Ansari XPRIZE was awarded to Mojave Aerospace Ventures, which made history by developing SpaceshipOne, a privately financed, reusable manned suborbital spaceship capable of blasting three people up to 100 kilometers above the Earth's surface.

The XPRIZE Foundation and NASA also coughed up awards totaling $30 million apiece to encourage a return to the moon, with the Google Lunar X Prize aiming to land a robot on the surface, travel at least 500 meters and beam images and data back to Earth.

Despite an ever-shrinking annual budget, NASA's own Centennial Challenges program has been established to award amounts ranging from $200,000 to $2 million in support of the agency's future plans.

NASA isn't the only government agency that's helping make private space travel a reality. The European Space Agency is providing facilities as well as the capital necessary to fund research and development from a number of companies.

The US space agency has also inked contracts worth billions to outfits like Orbital Sciences Corp, Blue Origin and SpaceX (more on them in a bit), with the goal of ferrying precious cargo between Earth and the International Space Station.

Space travel has also helped thaw US relations with countries like Russia and China, both of whom have ramped up their intergalactic plans in recent years, and have been cited as potential allies if the US ever hopes to send humans to Mars.

However, Russia's economic recession shaved 10% off the nation's space budget earlier this year, yet the country still narrowly managed to get more orbital launch attempts off the ground in the first quarter than its US counterparts.

Although NASA may be investing heavily in newcomers to spaceflight, the agency remains very much in bed with a pair of old-school aerospace partners, namely Lockheed Martin and Boeing.

Figuring there's safety in numbers for the new space race, the two old-school companies have formed a joint venture called United Launch Alliance, which builds the very Atlas V rockets many commercial ventures require to reach the heavens in the first place.

Lockheed Martin and Boeing have also made separate contributions to NASA's Martian ambitions, with the former supplying aeroshells for everything from Viking landers to the Curiosity rover.

Boeing, on the other hand, has a lease on a former space shuttle hangar at the Kennedy Space Center through 2026, which is being used to build NASA's Crew Space Transportation-100 (CST-100), among other projects.