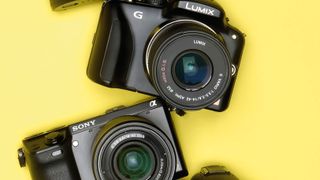 Things are tough for Japanese technology giants Sony and Panasonic. Not only are they struggling in the super-competitive home entertainment segment, but they've just had their credit ratings cut to "junk" status by credit agency Fitch Ratings.

This is the first time both companies have had their credit ratings drop so low, with Sony being dropped three levels to BB- and Panasonic dropping two to BB.

Both of these levels are significantly below the rating Fitch gives to recommend investors to put their money into the company, which has caused share prices for both Japanese giants to plummet.

The fundamental issue facing both companies is a lack of groundbreaking products to compete with the releases coming from companies like Samsung and Apple.

The biggest example of the problem is in the television business. Sony's global percentage of TV sale marketshare dropped from 8.4 per cent to just seven per cent last quarter, while Panasonic dropped from 6.8 per cent to 6.2 per cent for the same time frame.

To counter heavy losses, both companies are shedding jobs, selling manufacturing facilities and looking to cut costs to survive.

A ray of hope

According to Fitch, there's still hope for the Japanese electronics companies. But it will rely heavily on innovation and curbing loss-making segments of the business.

In other words, if Sony wants to survive, it can't afford to lose a significant chunk of change every time it sells a PS4 console.