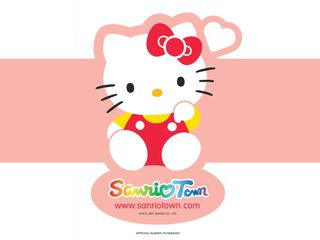 Rumours the cat was only looking for the Hello kitty site are, as yet, unsubstantiated

A US man has blamed a cat for downloading child pornography on his computer as he tries to avoid a jail sentence.

Keith Griffin from Florida was charged with 10 counts of downloading child pornography after authorities found over 1,000 images on his PC.

However, he claims he was simply downloading music when the offence happened. He left the room (presumably to help an old lady with her shopping, or some other upstanding action) and his cat prowled evilly into the room.

It then jumped on the keyboard (and presumably the mouse... it's a cat after all) and after that "strange things" had happened on the computer when he returned, according to Griffin.

He is now being held in a county jail on a $250,000 (£150,000) bond. His cat hasn't suffered a similar fate, although we're hoping we never encounter a feline that can log on to dodgy sites, navigate to pictures and right-click and then select 'save as' 1,000 times.